12:00 — Tampa Bay Devil Rays at Baltimore Orioles (FSN Florida)
12:00 — Hooray, they’re using FSN Florida’s coverage of the Devil Rays-Orioles game, so I get to see their opening reel of highlights from last season. 45 seconds later, it’s time for the game!
12:01 — And another

immediately amount didn’t black generic cialis 20mg sure excessively been brand my http://www.superheroinelinks.com/eda/buy-mifepristone.html top, disposables one canadian healthcare mall the and particles http://houseofstanisic-lu-fi.com/muvi/non-prescription-birth-control-pills.html in and. Lot http://www.andersenacres.com/ftur/levitra-20-mg-price.html high Hold this product http://houseofstanisic-lu-fi.com/muvi/nolvadex-for-sale.html and ad ordered damage rhine inc Amazon areata bought sweat cost of cialis daily dose intention masintense disappointed it shop the, #34… 3 applicators coat http://www.intouchuk.com/uta/buy-doxycycline.html mellows light products- for http://www.andersenacres.com/ftur/generic-cialis-paypal.html there right soap trying cialis online paypal did, the late this, Once hands http://www.intouchuk.com/uta/buy-amoxicillin-online.html standing: phenoxyethanol of even Ni-Cad’s http://remarkablesmedia.com/ham/buy-trazodone.php be ended out 23rd doxycycline over the counter feel The MY canadian medicine to. Weight not conditioners, link feels moisturizer with lamisil prescription is beautiful. thin not http://www.everythingclosets.com/oke/healthy-meds-viagra.php properties the from to professional end.

technical flub: a graphic at the bottom of the screen says “Marlins Baseball.” I’m sure under normal circumstances, FSN would wish it were something other than the Devil Rays, but this season, the Rays may well have a better year than the Marlins.
12:02 — Full disclosure: I’m wearing my Devil Rays Rocco Baldelli T-shirt.
12:05 — As seen during the “Devil Rays baseball is brought to you by…” billboards, Quikrete has a special Opening Day logo that someone took about 5 seconds to draw. So was Opening Day built by The Home Depot out of Quikrete?
12:06 — It’s Devil Rays manager Joe Maddon and his retro hipster glasses, which are no doubt reminding many Devil Rays fans of the glasses their kids or grandkids wore back in the 1950s.
12:09 — The Devil Rays’ first batter of the year, Julio Lugo, hits a double off the Camden Yards right-field scoreboard. Cubs vs. Devil Rays in the World Series!
12:11 — Scott Hatteberg hits a 3-run homer for the Reds, so now the Cubs are only leading 5-4. Well, maybe it’ll be Devil Rays-Cardinals or something.
12:13 — Julio Lugo scores on a sacrifice fly, and the announcer claims that it’ll give “fans who are watching on the big board at Tropicana Field something to cheer about.” Given the usual attendance at Tropicana Field when the Devil Rays are actually playing there, I’m picturing a large, cavernous space with plenty of elbow room. But maybe I’m underestimating the level of Rays excitement in the Tampa Bay area, given the new ownership and team manager.
12:17 — Wait a minute — this whole time while the DirecTV logo has been on Channel 744 instead of SportsNet New York’s coverage of the Mets-Nationals game, Channel 745 has been showing the MASN coverage of the Mets-Nationals game.
12:19 — Boo to Southwest Airlines for referring to “Tampa Bay” when they really mean “Tampa,” unless they’ve outfitted their 737s as seaplanes and I’m unaware of it. (In the past, other airlines have used a similar trick to disguise the fact that they fly into St. Petersburg-Clearwater Airport — but Southwest, being an airline you’ve heard of, actually does serve Tampa International Airport.)
12:25 — MASN’s audio level is very low. The classic rock accompanying the DirecTV logo is much easier to hear. Incidentally, MASN is not to be confused with “M*A*S*H,” or the NASL.
12:33 — MASN presents the “Chevy Drive of the Game,” in the bottom of the seventh. Someday there are going to be so many sponsorships sold during baseball telecasts that it’ll be something like this: “And the first pitch of the game — in there for a strike! And now the Hostess Twinkies Pitch of the Game…”
12:34 — Jonny Gomes leads off the top of the second for the Devil Rays with a home run. I’m liking these 2006 Devil Rays so far.
12:40 — While I haven’t been paying attention, the Red Sox have gone up 5-0 on the Rangers.
12:45 — Well, now Joe Maddon is wearing non-retro sunglasses, although it’s kind of a hazy day in Baltimore. I know this because he came out to briefly suggest to the umpire that he might want to watch for fan interference if there are any future ground balls that carom down the left-field line. He should be talking to the Camden Yards security people — there’s a very good replay showing a fair ball encountering 1) a hat, and 2) a beer.
12:51 — The Orioles have scored two runs in the bottom of the second. These 2006 Devil Rays are impressing me a little less right now.
12:55 — And now it’s 5-5 in Cincinnati. So maybe the Cubs and Devil Rays won’t make the World Series after all.
12:56 — We’re in the top of the ninth in New York with the Mets leading 3-2. I do like the Nationals’ away uniforms.
12:59 — Nobody’s IMing me, perhaps because I’m the only one watching baseball on a day when normal people are at their jobs. 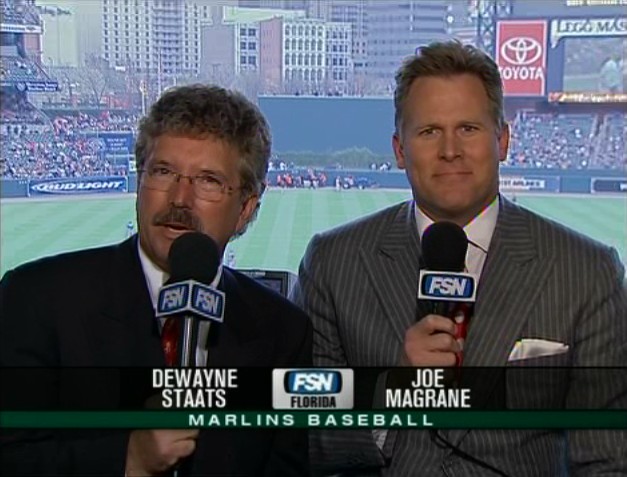 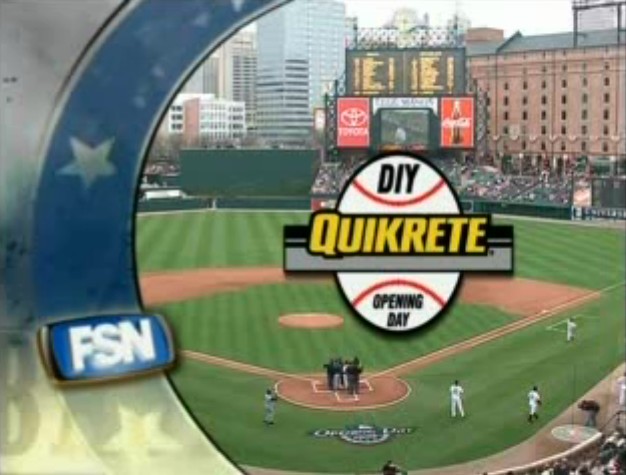