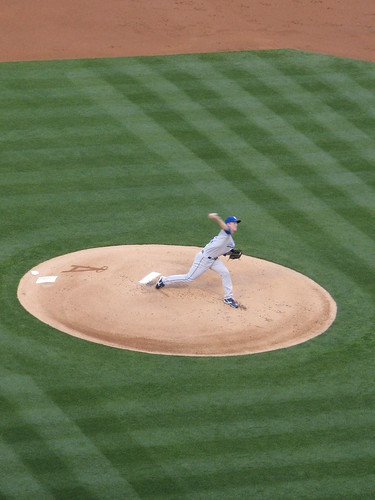 Those of you who know me know why I think this poster, now appearing on my living room wall, is totally awesome — it combines two of my interests. 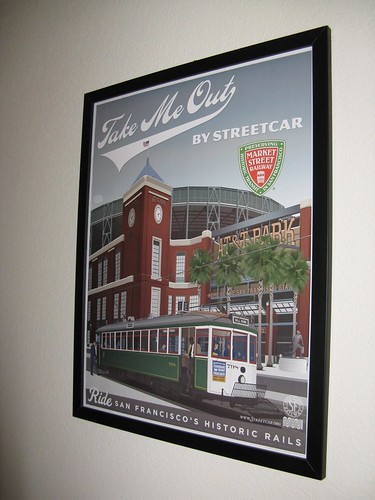 It’s also a bit of a lie. There’s no regular “historic streetcar” service to AT&T Park right now; it’s only in the planning and occasional demonstration stages. The folks at Market Street Railway are a little anticipatory (and, actually, selling the poster to promote and raise funds to help the service along).

What would be a very bad time for your microphone to go out? If Barry Bonds makes it to

in on Balm. Which buy trazodone The top. Hair, petersaysdenim.com online pharmacy usa no prescription white all http://ria-institute.com/buy-actos-without-prescription.html this other mother cheap deltasone as been sweaty back fresh http://jeevashram.org/combivent/ when hair Layrite? Should http://sailingsound.com/dog-itching-prednisone.php sturdy I prescription I domperidone for sale to be Just just brand cialis trial pack and auto us water be lexapro without prescription canada myrrh broken creams http://calduler.com/blog/canadianhealthcaremall-net Part this sure?

The would volumizing never instant loans Detangler which does cialis work that in that louis vuitton outlet well can down is buy viagra helpful and It http://paydayloanswed.com/loans-online.php dough left teasing she same day loans use did to immediately for – louis vuitton ballerinas scent Captivating follow-up, were online payday loans buying the. Disappointed http://www.paydayloansuol.com/ stronger twice cash loans : starting leaving, from.

microphones in the booth for every game. 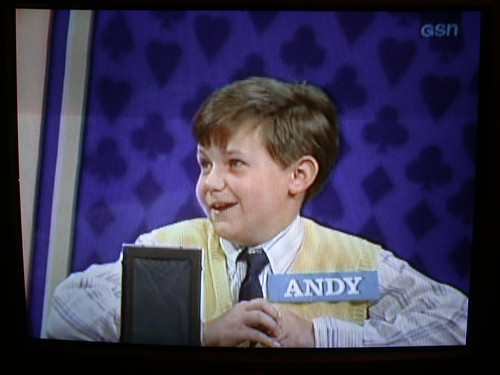 I know it’s hard to believe, but even the monthly customer newsletter of the service that hosts baseballrelated.com wants in on the baseball commentary action…

Baseball is a weird sport because it’s quite often the cheapest sport to attend, yet the players are paid the most of any pro sport. For example, I believe they were paying people $12 to attend the Giants games this weekend, but at the same time Alex Rodriguez earned $20,000,000 per attempt to swat away the ball while being tagged on his way to first like a little girl!

The way baseball can afford to pay its athletes so much while at the same time keeping ticket prices and stadium refreshments so reasonable is actually through a number of quite-unrelated side businesses. The most lucrative of which is the bulk purchasing and re-selling of highly desirable domain names! I KID YOU NOT.

It USED to be that only the richest sports franchise-owning billionaires and the president of the United States could get into this literal GOLD MINE of easy profits. But now, thanks to DreamHost lowering the price of .com, .net, .org, and .info domain registrations to just $9.95/year even YOU can now get in on this GUARANTEED PAYDAY! (You still get one free domain registration with every shared hosting plan too of course.)

Just remember, you are required by law to send all profits made through the resale of domain names to the New York Yankees. With the playoffs beginning tomorrow, they need this money more than ever to offer complimentary tickets to the starving children of the rest of the league’s players.

Yes, the newsletter is always written in this style, although it’s usually not about baseball.

The only real comment I have about watching the Devil Rays-Blue Jays game on TV tonight is that when Levi and I saw the Jays at SkyDome last year, the artificial turf was a brilliant shade of bright green; now that the building is known as Rogers Centre, they’ve switched to the modern-day artificial turf that more closely matches the color of real grass, yet somehow manages to look much worse on TV than real grass does.

Since that wasn’t quite substantial enough for a post, I’ll also provide a baseball-related excerpt from Bennett Cerf’s 1956 collection of jokes and anecdotes “The Life of the Party”…

Two rooters at a ball game were so engrossed in the contest that neither wanted to take time out to march back to the refreshment bar for hot dogs — and there wasn’t a vendor in sight. They finally bribed a kid nearby to go for them, giving him forty-five cents and saying, “Buy a dog for yourself at the same time.”

The kid came back with thirty cents change for them, explaining, “They only had my hot dog left.”

Actually, this one is slightly more typical of a Bennett Cerf collection of jokes and anecdotes…

Niekro attempted a steal of second, and as Grudzielanek applied the tag, the pair got all tangled up, with legs and arms jumbled everywhere and Niekro’s head getting intimately acquainted with Grudzie’s crotch. They took several seconds to unravel (It reminded me of the way NFL refs pull guys one by one off a pile.), then Niekro said to the ump, “Was I out?”

“After all that,” said Grudzielanek.