11:00 — Boston Red Sox at Texas Rangers (ESPN 2 and NESN)
11:00 — Chicago Cubs at Cincinnati Reds (WGN and FSN Ohio)
11:00 — Pittsburgh Pirates at Milwaukee Brewers (FSN North)
11:01 — I know FSN is overtly trying to be depressingly homogenous, but certainly some FSN networks are more likely than others to show Piggly Wiggly commercials.
11:06 — No matter what your opinion of George W. Bush, I think we can all agree that he’s good at throwing out first pitches, even if he’s high and outside on this one.
11:08 — Johnny Damon’s replacement is leading off for the Red Sox. Mmm, Coco Crisp — a delicious breakfast treat.
11:10 — The Pirates have big, triangular, and kinda ugly commemorative All-Star Game patches on their uniforms. But how many of them will actually be playing in the All-Star Game?
11:14 — FSN North is excited about their first chance to show an instant replay that’s courtesy of the new robotic camera attached to the backstop at Miller Park.
11:16 — It’s too early in the day for me to have to deal with talking mattresses on NESN.
11:17 — The Cubs are already up 1-0 with no outs in the top of the first.
11:20 — It’s a beautiful, sunny day in Arlington, Texas, much different than the cloudy weather for the other three games that are going on right now.
11:28 — Now the Cubs are up 5-0 after a 3-run homer by Matt Murton. They’re going all the way to the World Series championship!
11:34 — Same as last year, the Superstation WGN picture makes Great American Ball Park look hazy and blurry. The FSN Ohio picture is crisp and clear, like bottled water or something.
11:38 — The Reds have the bases loaded with no outs in the bottom of the first. The Cubs’ 5-run lead may not hold up!
11:39 — In the stands, Bush is looking at a kid’s drawings of him throwing out the first pitch. At least, I think they’re a kid’s drawings and not drawings he did.
11:41 — Reds announcer George Grande sounds like he has a Chicago accent — I notice it when he says “Gaat him — first strikeout for Zaambraano” — but nothing in his background indicates that he’s spent any time in Chicago, just New England and a little time in Los Angeles.
11:46 — Hey, guess what’s on the SportsNet New York channel — the DirecTV logo!
11:47 — The aforementioned Matt Murton makes a leaping catch against the outfield wall to get Carlos Zambrano out of his bases-loaded jam, so the Reds only manage to score 1 against the soon-to-be champion Cubs.
11:53 — It’s raining here in beautiful Sherman Oaks Adjacent, which could mean problems for the Dodgers home opener, scheduled to start in just over an hour less than 10 miles away.
11:59 — I’m a little hungry — good thing I prepared some onion dip last night, so it’s chilling in the fridge right now, ready for potato chips to be dipped into it. 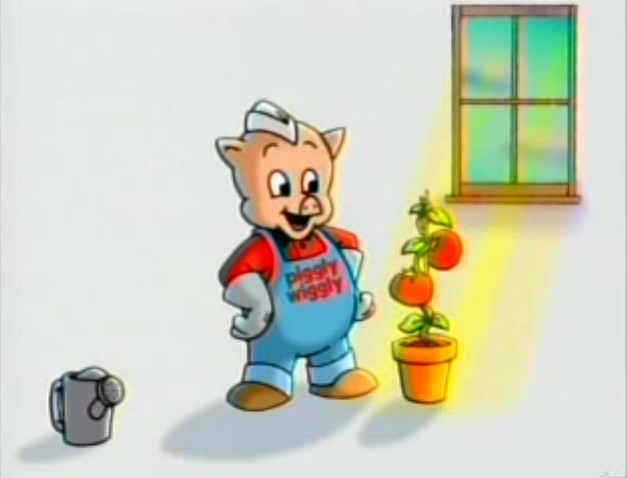