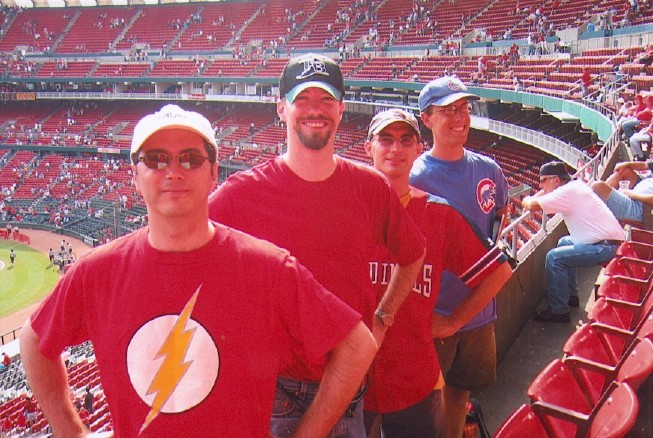 The view from our seats… 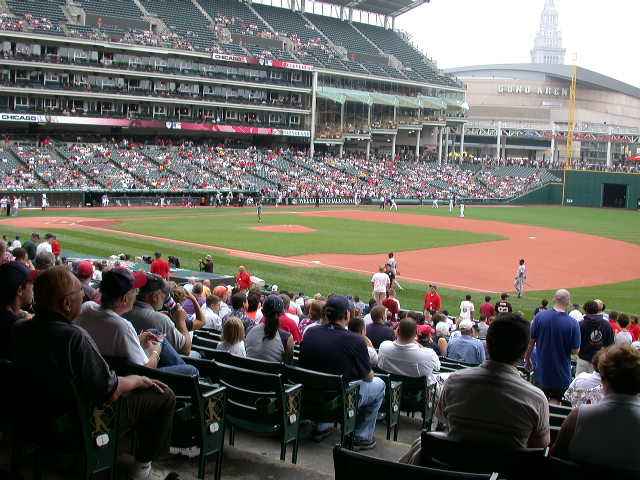 The “I” logo is cleverly worked into a lot of Indians-related text, from “‘I’ am a true fan” on the tickets to “How may ‘I’ help you?” on buttons being worn by the ushers…

The Indians’ mascot, some sort of purple thing that’s more politically correct than, you know, an Indian would be… 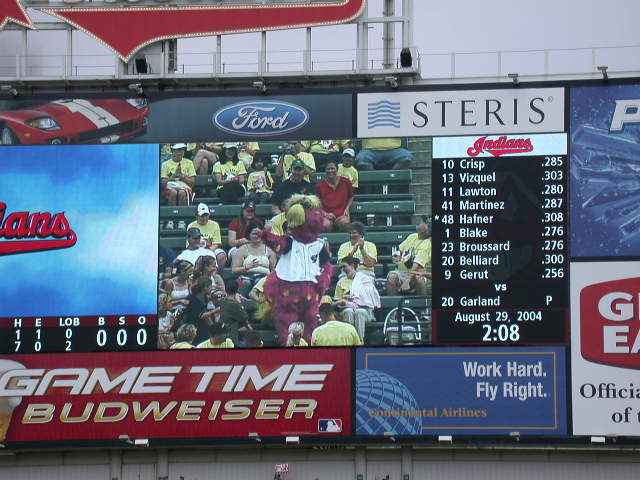 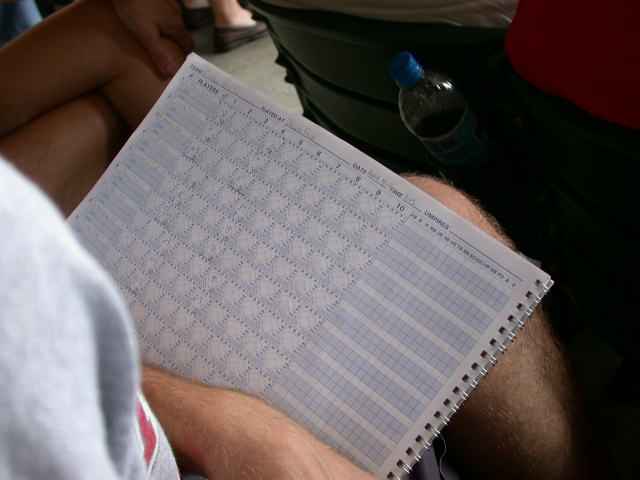 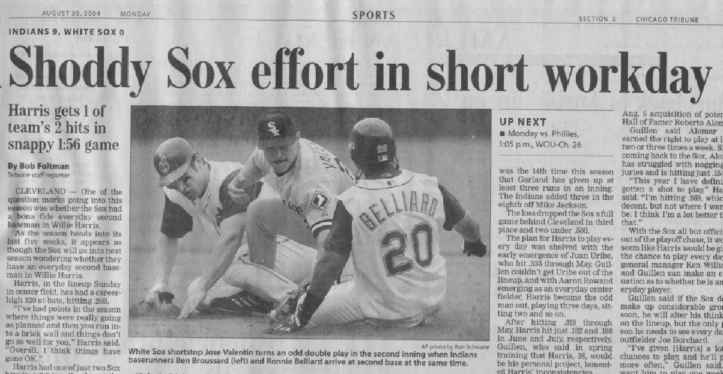