4:00 — Florida Marlins at Houston Astros (FSN Houston)
4:00 — San Francisco Giants at San Diego Padres (ESPN 2 and FSN Bay Area)
4:01 — The National League champion Astros are being feted at Enron Field — I mean Minute Maid Park — before the game.
4:03 — Jon Miller and Joe Morgan are back on TV after having stayed up very late last night. I’m not sure if they even know where they are right now (San Diego).
4:11 — Former Devil Ray Danys Baez is in the game for the Dodgers in the top of the ninth. Vin Scully helpfully spells his name for the benefit of the radio listeners. The “S” is silent, you know. Hmm, how’s his belt?
4:16 — Danys Baez held the Braves scoreless in the top of the ninth, so now the Dodgers need to provide some offense.
4:17 — Jake Peavy of the Padres retires the Giants in order in the top of the first, so Barry Bonds will lead off the top of the second.
4:19 — Bonds makes a catch for an out in left field and is soundly booed.
4:21 — It went final in Colorado: Rockies 3, Diamondbacks 2 (11 innings).
4:22 — The Dodgers made it up to 11-10 with 2 outs in the bottom of the ninth — and Olmedo Saenz hit a 5-3 grounder to end the game (a leaping throw by Chipper Jones certainly helped). Braves 11, Dodgers 10.
4:24 — In Petco Park, where it’s hard to hit home runs, Barry Bonds leads off the second inning with a ground-rule double.
4:36 — They reached the agreement — no DirecTV logo for Wednesday’s Mets game.
4:48 — I’m posting a little less here because I’m trying to catch up on a message board and watch baseball simultaneously. The Angels and Mariners are still tied at 3 in the top of the ninth, and there was just a loud train whistle to mark Cesar Izturis getting a base on balls — authentic, unlike any train whistles that may be heard at Enron Field — I mean Minute Maid Park.

As far as I’m concerned, Texas is a strange and bizarre alternate universe where highways have numbers starting with “FM” (and car dealerships are named after game show producers)… 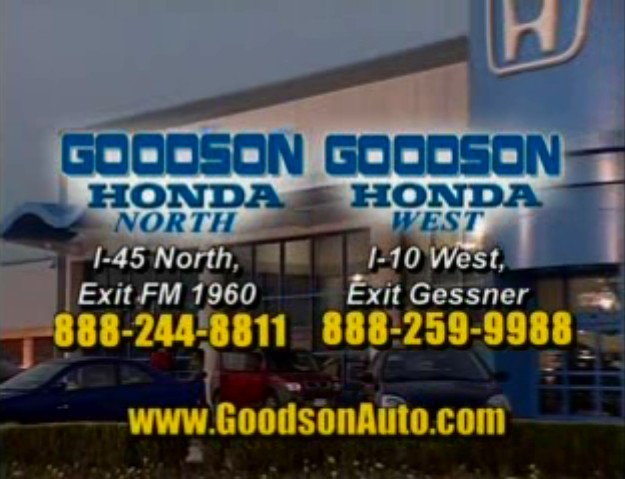