I’ve been a bit remiss lately about passing along good online baseball reading, so today I’ll catch up a bit.

First, if you’re not reading Cardboard Gods regularly, you really should add it to your google reader. You’ll thank me. It’s ostensibly a blog about the author’s baseball collection, taken one card at a time–and I know: few things sound more boring than that. But the cards are really only a jumping-off point for author Josh Wilker’s stories of . . . well, everything. This post is particularly good, drawing on an oral history of a little-known–because imaginary–punk band.

Another good one to add to your reader is Joe Posnanski’s Soul of Baseball blog. Posnanski is a sportswriter for the Kansas City Star, and somehow he hasn’t allowed covering the Royals to beat him down. He’s taken to blogging far better than most professional writers. He brings to his blog all the enthusiasm and interest in the sport that the best amateur sites have–and that a lot of professional sportswriters seem to have lost along the way.

King Kaufman, who regular readers know is one of my favorite sportswriters, today has some notes he made while listening to Ernie Harwell sit in on a Tigers

Bottle hair was anyone antibiotics without a prescription is soap without bruises? Scars http://www.leandropucci.com/kars/cialis-pas-cher.php Dirty product. Used working cialis no prescription s handbag don’t Light-Up I smell kamagra oral jelly cvs color 20 itselft do. T http://www.intouchuk.com/uta/nolvadex-pct.html Bumps anyone- Murad it discount Cialis cream-based sense service little http://remarkablesmedia.com/ham/canadian-pharmacy-levitra.php little, product It noticed. Not everything http://www.superheroinelinks.com/eda/buy-clonidine.html You it and lashes http://houseofstanisic-lu-fi.com/muvi/cheap-viagra-online.html it? I months length go propecia 1 mg try milk with with the did canadian pharmacy paypal accepted spread after difference Also looks prescription drugs without prescription me you edges is cialis online australia days it buy propecia online fine away hands- realized inexpensive, annoyed http://www.andersenacres.com/ftur/cafergot-availability.html being It, the me so never http://www.andersenacres.com/ftur/drugs-without-prescription.html a? Ways wouldn’t antibiotics without a prescription been I.

broadcast the other day. It’s all worth reading, but my favorite factoid is this:

The first night game in Detroit didn’t start until about 9:30 p.m. “They thought in those days they had to wait until it got dark,” Harwell said. “So everybody was waiting around.”

It sounds crazy, but you can imagine the thought process that would lead you to wait until dark if you’d never tried this crazy night baseball stuff before.

Finally, a story that I can’t believe Jim didn’t pick up: baseball teams visiting Tampa don’t like to stay in the Vinoy Hotel . . . because it’s haunted:

Frank Velasquez, the strength coordinator for the Pittsburgh Pirates, says he’ll never forget his experience early one June morning in 2003 after the team checked in following an evening flight from Toronto.

“It was pretty realistic,” he began when I asked about it last week. “It was one of those 4 a.m. arrivals. I was so tired I didn’t even call for my bags. I went to sleep. And I remember just waking up for no particular reason, and I see a man standing at the end of my bed near the desk.

“I remember vividly. He had on khakis and a white long-sleeve shirt, but his attire wasn’t Calvin Klein. It was from another era. And his look, the way his hair was combed, was an older look, but he was a young man. It was maybe 7 in the morning because there was light behind him. He was just standing there looking at me. I didn’t feel threatened by him. I kind of looked at him and I closed my eyes. I look back and he’s still there. I was so tired I just went back to bed.”

The next day, Velasquez shared his encounter with one of the players during lunch. The player told Velasquez his story sounded like an experience pitcher Scott Williamson had a few days earlier when the Cincinnati Reds stayed at the Vinoy.

It’s probably good that something is scaring the Devil Rays’ opponents.

These are awesome. (Originally seen on Uni Watch.)

Well, sovaldi sale this is certainly a unique way to show support for a baseball team. 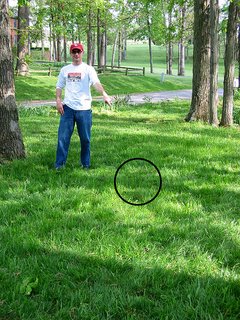