ESPN.com’s Page 2 columnist, Dave Schoenfield, has a good piece today wherein he posits that each team has its number-one most-hated figure, be it an opponent, an owner, or an underperforming team member. He then picks each team’s Public Enemy Number 1. Though I disagree with him on some choices (Sammy Sosa over Steven Bartman?), any article that includes references to Operation Shutdown, the hideous nature of the D’Backs’ uniforms, and Kent Hrbek leg-wrestling Ron Gant in 1991 is a good way to start your day.

Jim: I would argue that, with Barry Bonds a non-factor so far this season, current Dodger hatred goes to GM Paul DePodesta (and to a lesser extent the owner and his wife, Frank and Jamie McCourt).

While the comments are down and I’m busy with work, you’re all welcome to enjoy this article from ESPN.com‘s Page 2 on the all-time all-fat team.

While many in the audience will be disappointed that John Kruk didn’t make it, they should remember that it’s no shame to lose out when a team is being assembled from all of major-league history, just like it’s no shame not to make the Hall of Fame. Many very, very good players will never make the Hall of Fame, and many very, very fat players will never crack the all-fat team.

Could we possibly ask for a better Opening Night game?

For the second year in a row, Johnny Damon will be our first sight of the baseball season, stepping into the box in all his glory.

And on the mound, we get pure contrast. David Wells v. Randy Johnson. Junkballer v. Flamethrower. One of the roundest guys in baseball v. the tallest, skinniest. They ought to go on the road as a comedy team. They’re listed at Baseball-reference.com as weighing the same, despite the Unit’s six-inch height advantage. Now that’s comedy.

It’s time. Y’all are invited for chili and corn bread.

Poor Stephen King, on the West Coast while the Yankees and Red Sox are playing in late July: “With no NESN, I was reduced to the coverage in the Saturday Los Angeles Times — which, due to their ridiculous infatuation with the Dodgers, was skimpy.”

I would guess that the Los Angeles Times is less infatuated with the Dodgers than the Boston Globe is with the Red Sox, if only because there are two major league baseball teams within the Times’ home delivery area, and they try to serve both constituencies. In fact, it was probably the amount of Angels coverage that kept them from putting a longer Yankees-Red Sox story in that morning’s paper. They’ve definitely had more Angels articles than Dodgers articles this offseason, because of the name change foolishness. Speaking of which, ESPN is going to be using “LAA” in the score box on any Angels games they broadcast this year, and they don’t even have the same owner as the Angels anymore!

Jason: Imagine that – a city newspaper writing a whole lot about their local baseball team.

Since the Angels are now “LAA”, does this mean the Dodgers will be “LAD”?

Levi: I hope they abbreviate DC as “DC-(N)” as if they’re a politician.

The “Clubhouse” episode that was promoted last week, in which Doc Brown is uncomfortable with modern technology, was not shown this week. Instead, it was an episode in which there are trade rumors swirling around Dean Cain’s character (who is named “Conrad Dean”; get it?). I forgot to “stay tuned for scenes from next week’s ‘Clubhouse,'” so I don’t know if they showed the same promo from last week.

At any rate, because of disappointing ratings, CBS is soon going to move “Clubhouse” to Saturdays to make room for “The Amazing Race,” which is a better show but is (usually) less baseball-related.

On another note, I’m listening to the Cardinals-Astros game on ESPN Radio. Boy, are these commercials annoying! 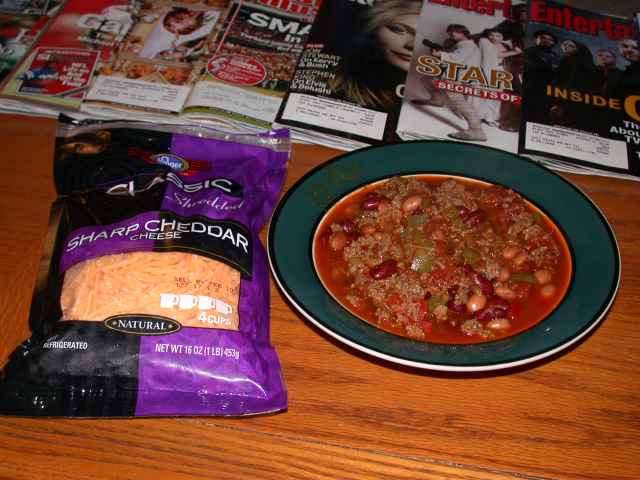 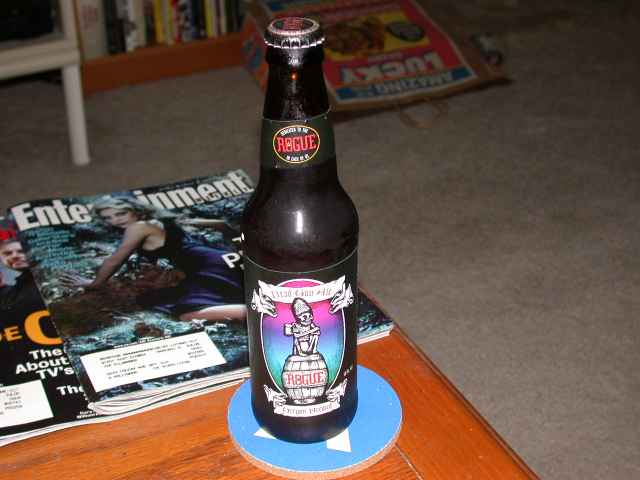 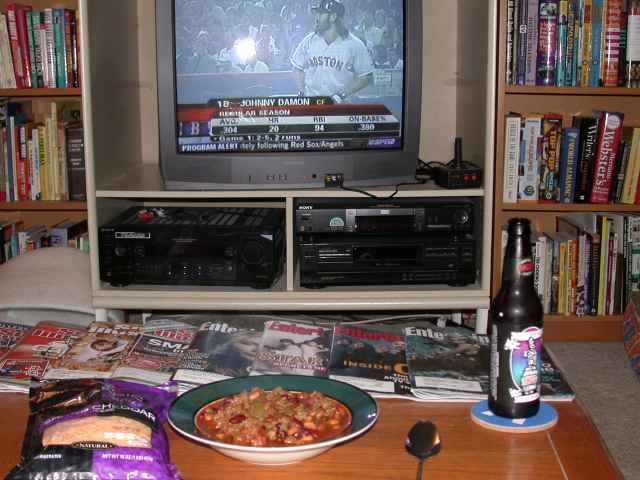 First of all, Maura passes along this awesome link from ESPN.com’s Page 3, in which they list the at-bat songs for many MLB players. (Page 3? How many numbered pages does ESPN.com have now, anyway?)

And to fulfill a request by Cushie, here are the songs on the “baseball” playlist on my iPod, conveniently in one list. Levi and hangers-on, don’t click on the link if you want to be surprised in the car, although many of the songs have been named on this blog in the past, in several different entries that I don’t feel like going back and looking up.

Luke, hanger-on: Here are some songs on the BRPA 2004 playlist I’ve been assembling since becoming a hanger-on (most of which you have already, and some of which have relationships to baseball and roadtrips that are tenuous at best):

Plus a CD’s worth of Bob Edwards-Red Barber chats and Barber highlights that I’ve been saving for the trip.

Jim, you have iPodRip, right?

Jim: I don’t have iPodRip or anything similar, mainly because I’ve never had a need to get music from my iPod onto my computer. Although if iPodRip can export playlists into HTML or XML, and it looks like it can, it probably would have come in handy when I was creating the song list!

thatbob: If you’re doing spoken word pieces, you really need to find the famous Lee Elia rant against Cub fans. And if you can find Frank Sinatra and Gene Kelly singing “O’Brien to Ryan to Goldberg” then… then… then that’ll be awesome!

Dan: And if you need the Lee Elia rant, lemme know, I’ve got it in MP3.